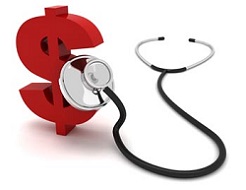 Insurers: competition is about to get stiffer on many health insurance exchanges--UnitedHealthcare entering 24 states' online marketplaces with what it says will be affordable plans, reported the Wall Street Journal.

With such a large jump in exchange presence--from just four state exchanges last year--other insurers will monitor UnitedHealth's exchange-related moves as they seek to compete against the new exchange entrant.

UnitedHealth opted to watch from the sidelines during the first year of exchange open enrollment and learn how the exchange markets play out, FierceHealthPayer previously reported.

So for the 2015 enrollment season, UnitedHealth will sell plans in state-based exchanges, including those in Alabama, Florida, Georgia, Indiana, Louisiana, Michigan, Mississippi, North Carolina, Ohio, Texas and Pennsylvania, the WSJ noted. That's in addition to the Colorado, Nevada, New York and Maryland exchanges in which it participated last year.

The insurer decided to enter these exchange markets based on "a combination of the growth opportunity ... and the extent to which we thought we could offer a competitive product in the market," Jeff Lucht, a senior vice president at UnitedHealth who oversees its public exchange strategy, told the WSJ.

UnitedHealth's exchange plans will include different design types, such as HMOs, to help it maintain low premiums. "Consumers voted, and that vote was that they really valued affordability," Lucht said.