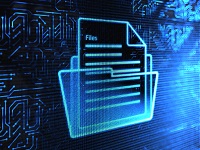 Despite security concerns surrounding both public and private collection of health plan enrollees' data, California officials say their plan to collect medical data from the state-run exchange's 1.8 million customers is for the greater good, the L.A. Times reports.

"Without the data, we are only delivering on half the promise of the Affordable Care Act," Peter Lee, the executive director of Covered California, told the newspaper. "We have to get beyond measuring access by anecdote."

Care quality measurement, particularly through the use of data analytics, has gained steam in wake of the ACA, but California's plan may raise significant patient privacy concerns, the article notes. For example, Lee told the L.A. Times that the state did not plan to let consumers keep their medical information out of the database. Law and consumer privacy experts told the newspaper that it is troubling that consumers don't have to give their permission in order for their health information to be collected.

Experts have raised similar concerns about the government's storage of federal insurance exchange customers' data, pointing out that Healthcare.gov does not inform customers about the practice, FierceHealthPayer has reported. The Obama administration also has not decided how long it will keep the data, worrying advocates who say this makes the database a prime hacking target.

Covered California advises customers in its privacy practices notice online that it collects health data to use or share for research. The exchange also will share only data stripped of identifying information with the state for research purposes, Lee told the L.A. Times.

Health insurers, meanwhile, told the newspaper that they supported the exchange's data-collection plan as long as the data remains secure.