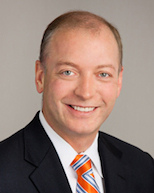 Guest post from Joel White, president of the Council for Affordable Health Coverage

At the end of July, Healthcare.gov CEO Kevin Counihan sent a letter to insurance commissioners, urging them to consider some trends in reviewing and approving rates for the coming year.

In the letter, he argues that risk pools are getting--and will get--healthier, medical cost trend is moderate, and the Center for Medicare & Medicaid Services (CMS) is stepping up by paying 100 percent of carrier reinsurance costs and risk corridor payments. The marketplace CEO also stressed that "public hearings are helpful in rate reduction."

Bottom line: Take on the insurers by approving lower rates; otherwise we will have to deal with the political fallout in a politically charged election year.

Whether Counihan's ploy will work remains to be seen. It helps to look at each point he makes and what it might mean down the road.

Over the past month, the Obama administration has posted the initial 2016 plan rate filings for the Affordable Care Act insurance exchanges, searchable by state and insurance carrier.

The initial filings posted only include plans that requested an increase of 10 percent or greater, as required under the ACA's rate review process. These filings have produced sensational headlines about rate increases of 20 percent, 30 percent, 40 percent and even 50 percent or more.

But they show an incomplete and misleading picture, as they do not include carriers that proposed either more modest rate increases or actual rate decreases. And while some states (New York and California, for example) are already announcing 2016 rates, the announcements are pre-rate review, the tool Counihan is championing and that is unavailable to the feds.

A closer analysis of the complete rate filings across 45 states indicates that on average, proposed premiums are 12 percent higher for 2016 exchange plans compared to 2015.

For silver exchange plans in particular, which currently capture 68 percent of enrollees, the average proposed premium increase is 14 percent for 2016 compared to 2015 (see Figure 1). In addition, within individual states and rating areas, certain carriers have proposed rate increases as high as 20 percent to 40 percent.

If exchange plan premiums for 2016 maintain this trajectory, the average overall premium increase of 12 percent will be more than double last year's average approved rate increase of 5.4 percent.