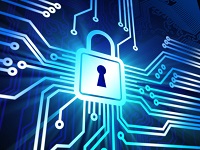 Saying that it wants to "lead the healthcare industry in the area of cybersecurity practices," the Blue Cross Blue Shield (BCBS) Association announced Tuesday that it will offer identity theft protection services to all of its members starting Jan. 1, 2016.

The national association, which is comprised of 36 Blues companies, did not mention any specific breach in its announcement. Rather, it said that "in an increasingly digital world, cyberattacks are now a core threat to every business and government entity."

A cyberattack this spring that compromised the personal information of 80 million Anthem beneficiaries proved that health insurance companies are hardly immune from the threat of hackers. Premera Blue Cross has also suffered a breach this year.

Even small agencies are not immune--two stolen computers containing information from applications of 560 Arkansas BCBS applicants dating back to 2012 led Arkansas BCBS to offer 12 months of free identity protection services, local TV station THV11 reports. University of Pittsburgh Medical Center Health Plan, meanwhile, announced Wednesday that it alerted 722 of its members that their personal health information had been compromised in a June 4 breach.

In an age when data breaches are becoming increasingly common--and aren't usually discovered right away--offering protection ahead of time could save time, money--and even ward off lawsuits like the ones that are trickling in after the Anthem breach.

The new services from the BCBS Association will include credit monitoring, fraud detection and fraud resolution report, the company's announcement states. BCBS will contact its customers directly in the coming months with instructions about how to access the services.

To learn more:
- here's the announcement
- read the THV11 article