How to build a successful bundled payment program 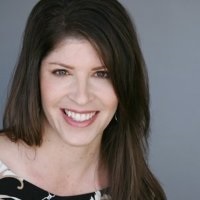 As the health insurance industry continues its shift toward a value-based reimbursement system, more payers are experiencing with bundled payments. Though still relatively experiential--of the 11 percent of all value-based reimbursements, just 1.6 percent are bundled payments--the model "has probably the most promise," Andréa Caballero, program director for Catalyst for Payment Reform, told FierceHealthPayer in an exclusive interview.

"That shows that not only is this already a common procedure that's performed, it's going to be performed more often and it's expensive for the payers," Caballero said.

FierceHealthPayer spoke with Caballero to learn more about how payers can help employers implement bundled payments.

You are invited to join PwC for a webinar on Wednesday, April 29, at 2:00pm ET to discuss development of a disciplined process, risk, and controls approach for EHR implementation and post-go-live operations. Register Today!