How outsourcing operations helped the largest CO-OP beat the odds 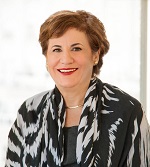 The country's largest consumer operated and oriented plan (CO-OP), Health Republic, has the highest market share among the 17 plans offered on the New York health insurance exchange. The nonprofit insurer has more than 150,000 members, including individuals and small businesses in both on- and off-exchange markets.

"We're really driving competition. We were intended to disrupt the market and I think we've done that," Michael Fagan, Health Republic's chief government relations and communications officer, told FierceHealthPayer in an exclusive interview.

One of the key reasons Health Republic has achieved such access is what CEO Debra Friedman (pictured right) calls its "unique, dynamic" business model, which includes outsourcing many of the insurer's operations. She told FierceHealthPayer that Health Republic's direct employees assume an "executive headquarters function" and provide "deep, robust oversight and integration of most of the line operating departments."

To learn more about Health Republic's outsourcing model and other reasons for the insurer's success, check out the FierceHealthPayer interview with both Friedman and Fagan.

FierceHealthPayer: How would you describe the first year of operation as a new insurer?

Debra Friedman: We entered New York and provided superior value to hundreds of thousands of New Yorkers who either were uninsured or were employed by small business paying more than they could really afford. In 2014, we enrolled 19 percent of individuals on the New York state exchange, which was the largest market share for individuals, and we had the largest share for small groups. Very simply, it was because we had great products and benefits and among the most affordable rates. We also have a tremendous breadth and choice in our network area. We have over 200 of the leading hospitals in the state and over 70,000 doctors.

FHP: What would you say is your biggest accomplishment this first year?

Friedman: I think the biggest accomplishment is that we've been innovative in bringing products and services that are among the most affordable for New Yorkers. We offer great benefits and a very strong network, so it's given our members more choices than they've ever had before--and more individuals and small businesses are choosing us for 2015.