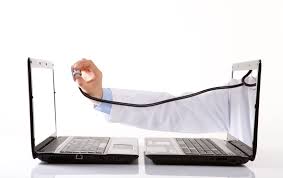 Boston-based telemedicine provider American Well announced Tuesday that it will partner with Blue Cross Blue Shield health plans in an attempt to improve their service of providing immediate doctor access to payers' customers.

The idea behind the partnership is that physicians will be able to go to the patient instead of making patients wait to be seen. Patients can see doctors immediately, on a 24/7 schedule, via their smartphone or at home.

Blue Cross and Blue Shield of Massachusetts, one of the 29 participating plans, already has a two-year pilot underway using American Well's platform.

"It made perfect sense to partner with the Blues, who have been long-standing leaders in bringing healthcare to consumers, to deliver online care to their networks," American Well CEO Roy Schoenberg said in a statement.

Health plans increasingly are developing telemedicine options as a way to bring in more members, and insurers are seeing the obvious value in telemedicine services. Other insurers leading the telemedicine trend include Anthem, UnitedHealth and Cigna.

Anthem introduced its telemedicine services in 2013 and announced last year that it would include telemedicine in its Medicare Advantage plans in 12 states. Almost 20 million Anthem members are expected to have telemedicine access by the end of the year.

As the health insurance market continues its shift to consumer-driven health plans, payers gain an edge by implementing technology that improves consumer engagement as well as the management and delivery of benefits, according to a Healthcare Trends Institute report released earlier this year. Mobile health, in particular, represents an opportunity to improve engagement, the report said. Here, plans can connect with members by offering care management, decision support and various member services. Coverage of emerging telehealth services will help health plans distinguish themselves, as well.

For more:
- read the announcement