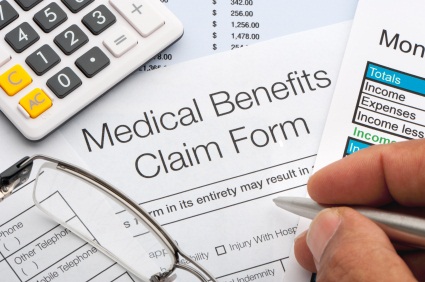 Insurers might see even more consumers enrolling in plans sold through health insurance exchanges based on new survey findings that some large employers may switch their workers to the online marketplaces.

The country's largest employers could see the cost of offering healthcare coverage rise by 7 percent next year, according to a new survey from the National Business Group on Health. To offset those costs, some companies are considering moving their employees to exchanges while offering only consumer-directed health plans (CDHP).

Employers "see the exchanges as logical places" for their workers, Darling told Kaiser Health News. Although large employers can't use exchanges until at least 2017, they could move their employees and retirees to private exchanges, and about 33 percent of the survey respondents said they're considering such a move.

"At this point it's still mostly interest," Darling said. "There's a lot of talk." But she expects quicker adoption of private exchanges for retirees, as almost 50 percent of employers are considering moving retirees into private exchanges and 10 percent have already made the shift, Kaiser Health News noted.

Additionally, 72 percent of the 108 employers that responded to the survey said they offer CDHPs, and 22 percent say CDHPs will be their only coverage option for employees, up from 19 percent this year.

Organizations across the healthcare industry are continuously challenged with understanding the impact of the recent Federal Communication Commission Declaratory Ruling and Order released on July 10, 2015. Join Neustar for this webinar April 6th at 2:00pm EST as we discuss the interpretation of the new TCPA order for the healthcare industry and share best practices learned from other industries for contacting consumers via phone or text for notifications, debt collections, servicing, alerting, and other communications. Register Now!

Latest Commentary
Health insurers: With great power over data comes great responsibility
Employer-based health insurance: Should it stay or should it go?
In struggle over future of ACA exchanges, consumers caught in the middle
Questions about HHS transparency impede health reform progress
Amid Obamacare turmoil, payers and providers must mend fences and collaborate
END_OF_DOCUMENT_TOKEN_TO_BE_REPLACED