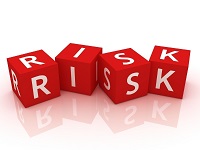 It's possible that the Affordable Care Act's risk corridor program may end up hurting health insurers, according to a recent Standard & Poor (S&P) analysis.

The program was designed to mitigate risk by transferring money the Department of Health and Human Services collects from successful insurers to those that weren't as lucky, in part because they take on members with a greater risk of incurring healthcare costs.  Last year, HHS implemented a new state-level adjustment to make risk corridors budget neutral.

Nearly 56 percent of the insurers included in the report recorded neither a payable nor a receivable for the risk corridors program. However, some insurers that could have posted receivables did not because they weren't expecting to collect from the program, noted LifeHealthPro.

Insurers that have business outside of the ACA exchanges may be able to handle not receiving their anticipated risk corridor payments, reported CNBC. For insurers that have a heavy presence on the exchanges, not getting the money they hope to get will have a much larger impact for their business.

This shortfall could translate into higher premiums and may negatively impact smaller insurers, according to NewsMax. Kentucky Health Cooperative Inc. and Minnesota's PreferredOne Insurance Co. hope to receive funding that exceeds their total regulatory capital; this translates into the financial strength that regulators monitor.

Further, a risk corridor program debacle could be detrimental to the big national insurers, and could wipe out more than 50 percent of the recorded capital of some of the newer, smaller insurers. For some nonprofit insurers, capital levels could be reduced by as much as 20 percent, noted LifeHealthPro.

New York-based Oscar Health Insurance had $15 million worth of receivables, which accounted for 57 percent of reported capital, noted CNBC. Humana, meanwhile, expects to get the $110 million under the program as of March 31, which is about 1 percent of the insurer's equity, noted NewsMax.

While the Centers for Medicare & Medicaid Services has yet to put out final figures on the risk corridor program, S&P noted, uncertainity remains as to how the agency can fund the program with the limited options available.