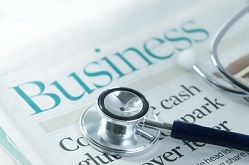 As the healthcare landscape continues to evolve, the transition from fee-for-service (FFS) to value-based reimbursement (VBR) is well underway, according to a study conducted by ORC International, commissioned by McKesson and published Wednesday at the AHIP Institute in Seattle.

While the transition is necessary, 15 percent of payers and 22 percent of providers state the pay-for-performance model is extremely difficult to implement. Many cite technology impediments as a core issue, noting it's hard to standardize and analyze data, according to the results.

Further, insurers should speed up the adoption of value-based reimbursement so the entire healthcare industry systems-engineering principles that will boost efficiency of care, notes a recent report from the President's Council of Advisors on Science and Technology, FierceHealthPayer previously reported.