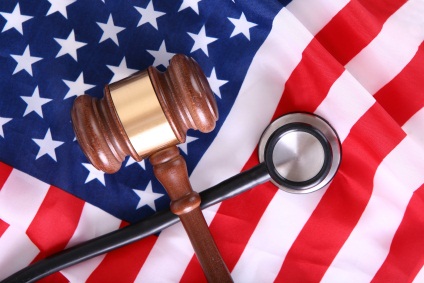 While admitting to flaws with the HealthCare.gov website, President Barack Obama pledged to resolve all the complications during a speech in Boston Wednesday. He also said the Massachusetts law, upon which he based his healthcare reform legislation, also struggled during the enrollment stage.

"There's no denying it. Right now the website is too slow, too many people have gotten stuck. And I'm not happy about it," Obama said while speaking at Faneuil Hall, where Massachusetts Gov. Mitt Romney signed the state's reform law, reported the Boston Globe. "There's no excuse for it. And I take full responsibly for making sure it gets fixed ASAP."

However, he reminded the American public that similar hiccups faced Massachusetts during the launch of its own historic healthcare reform. "All the parade of horribles, the worst predictions about healthcare reform in Massachusetts never came true," he said, according to the Associated Press. "They're the same arguments that you're hearing now."

Addressing mounting criticisms surrounding cancellation letters coming from many insurers, Obama said people receiving those notices should "just shop around in the new marketplace. That's what it's for."

He noted that although insurers are canceling some plans, it's because the coverage doesn't provide all the benefits mandated under the reform law, noted the Globe. "These bad apple insurers had free reign," Obama said. "One of the things health reform was designed to do was help not only the uninsured but the underinsured."

And just as the Obama administration hasn't enrolled as many people as expected in the initial launch of the online marketplace, Massachusetts also struggled early on with low enrollment numbers. Jonathan Gruber, a Massachusetts Institute of Technology economics professor who advised Romney and Obama on their health laws, said only 123 consumers signed up to pay for a health plan during the first month of open enrollment in Massachusetts. But before the state's individual mandate penalties kicked in, 36,000 people signed up for coverage, the AP noted.

"I'm confident that these marketplaces will work because Massachusetts has shown that the model works," Obama said, the New York Times reported.

He also pledged to continue working on the HealthCare.gov website until all technical problems get resolved and urged the public to patiently stand behind him. "Yes, this is hard. The healthcare system's a big system, and it's complicated," Obama said. "But it's important. We have to keep moving forward--just like you did in Massachusetts."