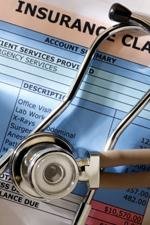 PricewaterhouseCoopers determined employer-sponsored insurance will survive, as long as the federal healthcare overhaul follows in the steps of the Massachusetts reform law, upon which the national version largely was based, according to the report released Monday.

In fact, employer-based insurance rose about 1 percentage point in Massachusetts since 2006--even though the national rate fell by almost 6 percentage points. And the report noted the increase in employer coverage came during a recession and rising statewide premiums.

"Health insurance benefits are a significant part of the total compensation package for a workforce, and that's not likely to go away when the Affordable Care Act goes into full effect," Michael Thompson, PwC's human resources services principal focused on healthcare, said in a statement accompanying the report.

"Employer-sponsored coverage will continue to be a critical pillar of the U.S. health system, and it has been an important part of employer strategy to attract and retain talent, and promote improved health and productivity," he added.

What's more, Massachusetts fined businesses only about $300 per employee if they stopped providing health plans--compared to federal fines of as much as $3,000 per employee--leading the report authors to conclude that employer-sponsored coverage will continue across the country.

To learn more:
- here's the PwC statement and report

This webinar will offer real-life examples of how hospitals are looking beyond medical services to identify opportunities for savings in all levels of their operations. Register today!