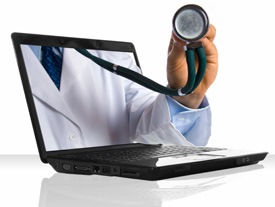 In an attempt to bring more convenient healthcare options to their members, Blue Cross Blue Shield plans across the country are starting to reimburse more telemedicine services.

Blue Cross Blue Shield (BCBS) of Alabama announced in December that it would reimburse for some telemedicine services, and it hopes this will bring more complicated treatment options to the rural areas of the state, AL.com reports. These services will include outpatient cardiology, behavioral health, dermatology, infectious diseases and neurology, which are specialties not easily found outside of highly populated areas.

In another Southern state, BlueCross BlueShield of South Carolina is now offering telehealth to its SC BlueCross and SC BlueChoice members through a program called Blue CareOnDemand, according to Greenville Online. The program allows members to consult a doctor via live video for minor conditions such as colds, bruises or headaches. "From the consumer standpoint, it offers something that's potentially very attractive," Chief Medical Officer Shawn Stinson, M.D., tells the publication.

In Alabama, some clinics have been struggling with the reimbursement process for telemedicine services, which has resulted in several unpaid claims, according to AL.com. That's why BCBS of Alabama's expanded coverage is so significant.

"It's huge," Rena Brewer, the chief executive officer of Global Partnership for Telehealth, said in the article. "The states where insurers pay for telemedicine--that's where you're going to find telemedicine growing and thriving."

Philadelphia-based Independence Blue Cross also announced this week that it will offer coverage for some telemedicine consultations, saying it hopes to expand members' care options without compromising their relationship with primary care physicians.

To learn more:
- here is the AL.com article
- read the Greenville Online article

Latest Commentary
Health insurers: With great power over data comes great responsibility
Employer-based health insurance: Should it stay or should it go?
In struggle over future of ACA exchanges, consumers caught in the middle
Questions about HHS transparency impede health reform progress
Amid Obamacare turmoil, payers and providers must mend fences and collaborate
END_OF_DOCUMENT_TOKEN_TO_BE_REPLACED