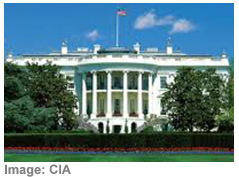 The White House could announce--possibly as early as this week--that insurers can continue offering policies that don't meet coverage requirements under the Affordable Care Act, reported The Hill's Healthwatch.

Health insurance industry sources told the site they've heard talk of an extension, saying a public announcement from the Obama administration is "imminent."

They weren't certain how long the extension will be, though one source said it could carry on through the end of President Barack Obama's second term.

The administration also hasn't reached out to industry officials about the possible delay. "From a political standpoint, [the silence is] expected," said source told Healthwatch. "Nobody is surprised. It's not like it's our first time around."

The motive behind this latest ACA delay is to help fellow Democratic lawmakers in the midterm elections coming up later this year. Although Obama's previous one-year extension of noncompliant plans moved the deadline past the midterm elections, as FierceHealthPayer previously reported, insurers must send out cancellation notices 90 days before the plans end; those notices would be mailed by Oct. 1, just a few weeks before the elections.

"I don't see how they could have a bunch of these [cancellation] announcements going out in September," one health insurance industry consultant said. "Not when they're trying to defend the Senate and keep their losses at a minimum in the House. This is not something to have out there right before the election."

Some insurers are concerned about extending these noncompliant plans. One executive said the White House's tendency to change deadlines makes pricing health policies accurately a challenge. "These continual delays, these stops and starts, make it very difficult because we set rates based on predictive modeling," the executive said. "When you change the rules, it has a detrimental impact on your ability to calculate your risk pool and your prices."

Privacy & Security Audits: How to Prepare and Ensure Compliance

The federal government is set to launch a second round of audits for compliance with HIPAA. In this FierceHealthIT eBook, HIPAA security experts discuss OCR's current activities and how healthcare organizations are responding to audits. Download today!