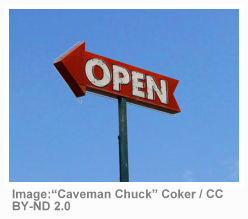 If the federal government shifts open enrollment for health insurance exchanges to a different time of year, insurers would see many more enrollees sign up for their plans, according to a new report published in the journal Health Affairs.

The next open enrollment period will last from Nov. 15, 2014, through Feb. 15, 2015. But the report authors say an enrollment period from Feb. 15 to April 15 would be more ideal because that's when consumers receive income tax returns, which they could use to help pay for premiums.

The current enrollment period comes during the holiday season--typically a financially stressful time for many consumers. "Tight finances and related psychological stress can render consumers less able to cope with the complex set of choices required by open enrollment," Katherine Swartz, lead author and professor at the Harvard School of Public Health, said in the report.

Those high levels of stress could hurt insurers looking to increase their membership base and achieve a healthy balance of enrollees with low and high risks through exchanges. That's because "people who are financially stressed do not have the mental bandwidth needed to make decisions" or they tend to make choices that aren't in their best interest over a longer time frame.

Since consumers with low and moderate incomes are projected to comprise almost 19 million of the 24 million new insurance consumers by 2020, it's particularly critical to get them to participate in the open enrollment periods. But this group is often among the hardest hit financially during the holiday seasons, making them less likely to sign up for a plan.

Indeed, a May survey from Enroll America found 48 percent of uninsured Americans who didn't enroll in an exchange plan said it was because they couldn't afford it, FierceHealthPayer previously reported.