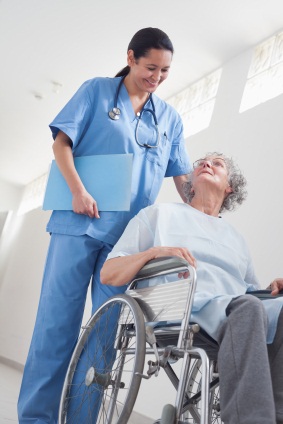 This shift will double the number of long-term care residents who are enrolled in mandatory Medicaid care to 1.2 million people this year. Supporters of the strategy say it enables state officials to monitor Medicaid costs, while critics fear it incentivizes insurers to offer fewer benefits to boost profits, reported Kaiser Health News and USA Today.

"The mandatory transition of large numbers of consumers who use long-term care ... is unprecedented," Laura Summer, an analyst with the Georgetown University Health Policy Institute, told the newspapers.

Florida is the largest state to enact such a strategy, which is moving 45,000 nursing home residents and 40,000 consumers who receive in-home or assisted living care service into Medicaid managed care plans operated by private insurers. The state pays seven insurers a monthly fee to cover the costs of each nursing home or assisted living resident.

To ease the transition in the first year, Florida lawmakers prohibited participating insurers from cutting reimbursements in the first year and required them to offer all nursing homes the option to be included in their plan networks.

The insurers, including Centene's Florida Medicaid plan called Sunshine Health, all cover a certain set of benefits but can include additional ones like dental and vision coverage. Sunshine Health also provides financial assistance to help its new members move back home, including paying for wheelchairs and making doorways accessible.

Given this shift of long-term care consumers to Medicaid, coupled with predictions that private Medicaid insurers could see a 20 percent growth in enrollment this year, as FierceHealthPayer previously reported, the Medicaid managed care market could soon see a major membership boon.