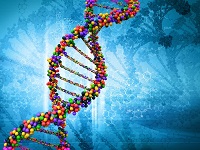 Despite the recent enthusiasm surrounding precision medicine, Medicare and private insurers have not always been very enthusiastic about the concept, as they believe that genetic tests could lead to more expenses or care that won't improve patient outcomes, according to an article from STAT.

Earlier this week, Foundation Medicine announced that UnitedHealth has started covering its genetic test for patients with a certain lung cancer. Because of this new partnership, the rest of the precision medicine community is watching what happens for lessons about the viability of such tests as commercial products, the article adds.

Edward Abrahams, the president of the Personalized Medicine Coalition, told STAT that if "we want to get precision medicine, if we want to advance the field … we've got to be willing to pay for it. And that's where Foundation Medicine is coming from."

In a recent interview with FierceHealthcare, Gregory R. Weidner, M.D., medical director of primary care innovation and proactive health at Carolinas HealthCare System, said that precision medicine goes far beyond genetics, and that the goal is to "individualize and personalize care based on a variety of factors, which would include their genomic profile as well as various elements of their environment, lifestyle, personal preferences."

In January, President Barack Obama gave precision medicine a major boost when he discussed the topic at his State of the Union address, and his initiative has since moved forward, with the recent announcement of initial funding opportunities, and the creation of a panel of outside advisers.

Still, uncertainty remains about whether and how payers will reimburse these tests, and it has slowed the growth of precision medicine more broadly, the article says. To help alleviate this issue, some organizations have been arranging meetings between insurers and companies working on sequencing cancers to find some common ground.

Latest Commentary
Health insurers: With great power over data comes great responsibility
Employer-based health insurance: Should it stay or should it go?
In struggle over future of ACA exchanges, consumers caught in the middle
Questions about HHS transparency impede health reform progress
Amid Obamacare turmoil, payers and providers must mend fences and collaborate
END_OF_DOCUMENT_TOKEN_TO_BE_REPLACED