Highmark, Capital BlueCross execs share what steps they're taking to implement paying for value instead of volume
April 14, 2015 | By Dori Zweig
Share

Back in January, when the Department of Health and Human Services (HHS) announced it would fundamentally reform how it pays providers for treating Medicare patients, industry reaction was mixed. While the payer community appeared, for the most part, receptive to the change, the provider community wanted to take a more cautious approach as it waited for more information from HHS.

Amid the announcement, the Centers for Medicare & Medicaid Services (CMS) said it will tie 30 percent of all fee-for-service payments to providers to quality initiatives through alternative payment models by 2016, and 50 percent by 2018, as FierceHealthFinance previously reported.

Change is scary--there's the whole, embarking-into-the-unknown and what-will-happen mentality that typically comes into play--but it doesn't have to be. Solid preparation and a game plan can help ease the transition--but, industry-wide, all entities need to get on board.

Payers have been implementing alternative payment methods for years, so they are well positioned to take the reigns and work with providers and the industry to make CMS' goal a reality. FierceHealthPayer spoke with three industry executives at two different insurers about what they're doing to shift away from emphasizing paying for volume and, instead, paying for value.

Current battle: Get providers on board

For many payers, alternative payment models are nothing new. Take Capital BlueCross. Since 2010, the insurer has had initiatives under its belt such as its accountable care arrangements, Jay Simmons, vice president of provider network engagement (pictured right), told FierceHealthPayer.

The shared-savings model, which stems from the primary-care medical home concept, may look like an accountable care organization but focuses more on primary care. Because the program is more PPO-heavy, without many HMOs involved, Simmons mentioned the challenge of establishing relationships with providers.

"Most providers aren't ready for this transfer of full risk," noted Simmons. "There's a lot of hesitancy from the provider community." 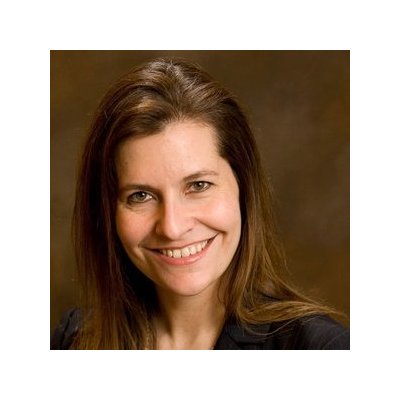 Amy Fahrenkopf, medical director and vice president of transformation at Highmark (pictured left), brought up a similar point: Providers need to gain more experience before they go full-risk. But, as Fahrenkopf told FierceHealthPayer, it's no easy task to change an operating model.

Use technology to engage providers

For Highmark, technology plays a key role in forming alliances with providers. The insurer uses IT to turn a combination of clinical data and claims data into actionable insights for providers. Providers, in turn, can incorporate this information into their workflow. The end result, as Fahrenkopf put it, is real-time data.

Of course, the right IT solution may not carry out across the board. Insurers realize that each market in every state is different; there's not one-size-fits-all model.

Adopting alternative payment models has been more of a phase-in approach for Capital BlueCross. The insurer recognized that implementing IT solutions is an arduous task; many providers still feel the effects from investing in technology to meet Meaningful Use requirements, for instance, and don't have the tools they need to manage value-based arrangements.

"Ultimately, this is a collaboration between payers and providers," Simmons noted. "If they don't have certain IT capabilities, we can back them up so they can succeed. We have mutual targets we all want to hit."

"We've invested a substantial amount of money in advancing our IT initiatives," Mark Caron, executive vice president of business platforms and solutions and CIO of Capital BlueCross (pictured left), told FierceHealthPayer. "Because of this, we've been able to give providers, who may have had some internal analytic tools but have yet to build these multi-payer systems, new capabilities."

In the last three to five years, providers have changed the way they see risk, noted Fahrenkopf. Alternative payment models, once somewhat abstract idea, are coming a lot sooner than we think. "CMS' target definitely aspirational but it's not crazy," said Fahrenkopf.

Thankfully, payers and providers have some room to be creative. While CMS did announce the need for alternative payment models, the agency did not place many barriers around this idea.

Blue Cross Blue Shield of Massachusetts first introduced its alternative quality care contract in 2009, which has the potential to serve as a payment reform "backbone" for other insurers as they increasingly reward quality, efficient care. This type of contract rewards providers financially if they reach certain quality targets and lower costs.

Elsewhere, many organizations use bundled payments as an appealing way to shift high-volume procedures to value-based care models. In fact, bundled payments have been described as the gateway to payment reform, as they emphasize high quality and low costs for patients, providers and payers alike.

There's still work to be done

Payers may have the leg up on this task, for many commercial accountable care organizations have had a standardized-way of establishing new payment models. For providers, it's an entirely new ballgame. Many don't have a strategy in place nor do they understand how to deal with risk.

"In all good intention, payers have put forth these measures to promote change. But you have to crawl before you can walk," Caron said. "There needs to be more standardization. From a payer side, we need to bring these programs to some similar format so providers know where they're going."

In March 2015, the Financials sector saw an above average cyber risk continuing a trend seen every month in 2015 to date. Download this complimentary Cyber Risk Report to find out who is at risk, why and how this may affect you.