Oscar's California entrance might show whether insurer can transform industry 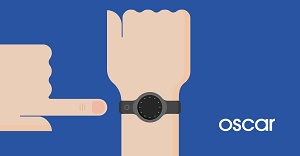 Oscar Insurance Corp's decision to enter the California health insurance exchange may provide clues to whether the highly touted, upstart insurer actually provides breakthrough innovation that can turn the insurance industry on its head or if it just boasts smart and shiny marketing techniques, reported California Healthline.

This fall, the New York-based insurer will be competing against longstanding, big-name insurers like Anthem Blue Cross, Blue Shield of California, Health Net and Kaiser Permanente, which have a 94 percent control of the exchange market.

"While our examination of Oscar's experience in New York gave us confidence they understood the complexities of operating in a state-based exchange environment, and could be successful in California, that was not our principal reason for adding them," Lopez said. "The level of innovation they bring to the marketplace is what we found most compelling."

California's own insurance commissioner supports Oscar's move to the state exchange. "I think it's positive that [Oscar] is coming into the California market," Commissioner Dave Jones told California Healthline. "The more insurers the better."

But some industry experts wonder whether the insurer can actually deliver on its promise to provide a completely different health insurance experience.

And despite Schlosser's claim that Oscar's simple message and usability "suits the needs of Californians looking for accessible, transparent and human healthcare in the current consumer healthcare landscape," as he told California Healthline, it has received several complaints from members in the New York area.

Some of its customers have complained that Oscar hasn't delivered a smooth experience and that the insurer's provider networks and copay information was misleading.