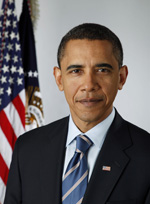 President Barack Obama told reporters Monday morning at the G7 summit in Germany that the Supreme Court never should have heard the King v. Burwell case on the legality of federal Affordable Care Act subsidies.

Obama reminded the audience that legislators who passed the statute never intended to deny subsidized coverage to Americans in states that chose to not establish their own health insurance exchanges. That's not just his opinion or the opinion of Democrats in favor of the law, he added, but of Republican lawmakers who helped craft it.

A reporter threw Obama a curveball, asking, "Your administration has given little to no guidance on how states can prepare should they have to set up their own exchanges. What can you tell the state legislators who worry that they'll be thrown into chaos?"

Obama reiterated that a statute is understood based on the overall interpretation of the law's intention, not just on a small portion of the law or even four words: "Under well-established precedent, there is no reason why the existing health insurance exchanges should be overturned through a court case."

Obama also warned of the potential fallout should the Supreme Court side with the plaintiffs in King v. Burwell. "Many consumers will pull out of the market, and the assumptions that the insurance companies made when they priced their plans get thrown out the window," he said. "It would be disruptive for people and the insurers in those markets. It's not something that should be done based on a twisted interpretation of four words."

The same reporter asked a follow-up question: "But you're a plan-ahead kind of guy. Why no Plan B?"

"You have a model where all the pieces connect," Obama replied. "If somebody does something that doesn't make any sense, then it's hard to fix. This would be hard to fix. Fortunately ... it doesn't need fixing."

Obama pointed to the lack of "horrors" resulting from his healthcare reform law. Additionally, he said, healthcare costs have been substantially lower than initially anticipated.

However, Obama said, "Congress could fix this whole thing with a one-sentence provision."

Following Obama's speech, Senator John Barrasso (R-WY) issued a statement: "Let's be clear: if the Supreme Court rules against the administration, Congress will not pass a so-called 'one-sentence' fake fix."

The Supreme Court is expected to release its decision on the King v. Burwell ruling this month.

The Role of Analytics Technology in Fraud Prevention