It may be time to revamp how insurers pay their CEOs 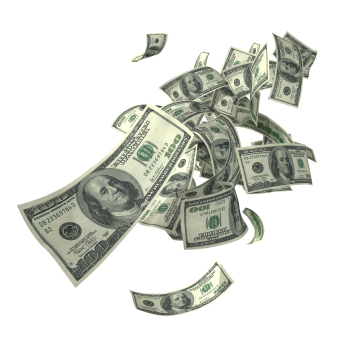 When WellPoint (NYSE:WLP) named Joseph Swedish its new CEO back in 2013, the insurer announced Swedish's salary right off the bat--$1.25 million in salary and as much as $3.75 million in bonuses.

Swedish is not alone in terms of high-paying execs of Blues Cross Blue Shield plans. In 2013, 32 Blues plan CEOs earned a collective total of $25 million in salary and about $103 million in total compensation, which includes bonuses and incentives, reports AIS Health.

But since 2013, things appear to have slowed down. Amidst the Affordable Care Act provision that requires insurers to pay more taxes on higher salaries, Blues plans seem to be leveling out their compensation packages.

"What we are seeing this year [2014] is very little movement in the target-award opportunity for annual or long-term incentives. [Blues plans] had some pretty big bumps between 2011 and 2013, and have settled into their new pay levels. Now the boards are looking to see if those moves made sense,"  Donald Gallo, a leader in Towers Watson's health insurance team who works closely with Blues plans, told AIS Health.

So how do insurers figure out how much to pay their CEOs? Many large insurers, including Blues plans, benchmark against other insurers to determine appropriate compensation levels, reports AIS Health.

Yet this is problematic, suggests the article. A top executive's pay increases dramatically without taking note of how the insurance company as a whole gets paid. Meaning, a CEO's pay is singled out--really, CEOs pay should depend upon how well they're doing at their job, and not how well someone is doing at another company.

It's possible Blues and other insurers will re-evaluate their payment methods, and revamp their long-term incentive plans by moving toward a more peer-based plan, notes the article.

Latest Commentary
Employer-based health insurance: Should it stay or should it go?
In struggle over future of ACA exchanges, consumers caught in the middle
Questions about HHS transparency impede health reform progress
Amid Obamacare turmoil, payers and providers must mend fences and collaborate
10 health insurance stories to watch in 2016
END_OF_DOCUMENT_TOKEN_TO_BE_REPLACED