IRS will levy stiff fines for moving employees to exchanges

$100 penalty a day per employee likely to discourage big firms from making the switch
May 27, 2014 | By Dina Overland
Share 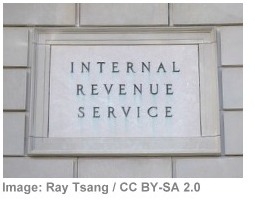 Companies won't likely move away from employer-based coverage to instead offer stipends for their employees to buy plans through health insurance exchanges, reported the New York Times.

The Internal Revenue Service said employers would have to pay $100 a day, amounting to $36,500 a year, in penalties for each employee who buys plans through exchanges, according to regulatory guidance issued this month.

The IRS essentially is blocking major companies from outright shifting to an exchange-based insurance system. Its ruling clarified that "an employee cannot use tax-free contributions from an employer to purchase an insurance policy sold in the individual health insurance market, inside or outside an exchange," Christopher Condeluci, a former tax and benefits counsel to the Senate Finance Committee, told the Times.

Richard Lindquist, president of software company Zane Benefits, agreed, saying "the IRS is going out of its way to keep employers in the group insurance market and to reduce the incentives for them to drop coverage."

Up until now, many industry analysts have been predicting a major shift to employees buying coverage through online marketplaces. An investor report by Standard & Poor Capital IQ found 10 percent of the S&P 500 companies would make the change by 2016, 30 percent by 2017, 70 percent by 2019 and 90 percent by 2020, FierceHealthPayer previously reported.

The rule may be part of the Obama administration's efforts to keep the employer-based insurance industry intact despite changes resulting from the Affordable Care Act. "I don't think that an employer-based system is going to be, or should be, replaced anytime soon," President Barack Obama said previously, the Times noted.

Related Articles:
Almost all firms to transition people to exchanges
Employers who shift workers to exchanges might not reap financial rewards
Employer mandate delay will drive consumers into exchanges, experts say
Employer-based coverage to continue for next 5 years
Employer-sponsored insurance on downward trend

Boosting physician adoption of CPOE to maximize its benefits

Processing a prescription drug order through a CPOE system decreases the likelihood of error on that order by 48 percent, but doctors and nurses aren't wild about the technology. This webinar will highlight how hospitals are successfully winning docs over, and getting them to adopt and use this technology beyond the ED. Register Today!

Shaun Greene is founder and chief operating officer of Arches Health Plan in Salt Lake City, a nonprofit, member-owned health plan funded under the Affordable Care Act. As the chief operating officer, he has worked extensively with the National Alliance of State Health CO-OPs (NASHCO) and other CO-OP leadership to identify and develop the operational strategies for these highly complex businesses during a period of extensive regulatory and political disruption.