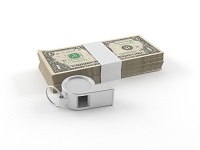 A recently unsealed lawsuit claims Humana encouraged physicians to elevate patient conditions in an effort to inflate Medicare Advantage (MA) risk scores, and then turned a blind eye when one physician voiced concerns, according to a report jointly published by the Center for Public Integrity (CPI) and NPR.

The lawsuit adds to a half dozen whistleblower lawsuits that surfaced last year, along with several secret government audits investigating the risk-adjustment practices of major insurers. In February 2015, Humana reported it was facing an investigation from the Department of Justice (DOJ) concerning MA risk scores.

The suit includes claims from South Florida physician Mario M. Baez accusing Humana, four physicians, two medical clinics and a physician practice group of engaging in a fraud scheme to inflate MA risk scores by upcoding the severity of patient diagnoses. Beaz claims that physicians at two medical clinics, including his partner, Isaac K. Thompson, who is currently facing criminal fraud charges, diagnosed patients with a rare spinal disorder or classified normal joint pain as a chronic illness called "unspecified inflammatory polyarthrophy," according to the report. Patients who exhibited signs of minor depression, he claims, were diagnosed with bipolar disorder.

In a letter Baez wrote to the district judge asking to unseal the case, he described treating MA patients with inflated risk scores as a game of Russian roulette, since it's difficult to determine whether a patient's diagnosis has been exaggerated. Baez also claims that he reported upcoding concerns to Humana in 2009, but the insurer did nothing in response, adding that Humana went so far as to provide physicians with forms outlining profitable diagnosis codes, according to the report.

Experts say inflated risk scores lead to as much as $2 billion in overpayments each year, prompting U.S. senators on both sides of the aisle to call on CMS to investigate fraudulent MA payments.

We Need to Talk: Combine Communication and Digital Best Practices to Engage Members

Health plans must approach member acquisition, service and retention with a well-coordinated marketing and digital strategy. Learn what to expect from the latest communication technologies and how to apply best practices for maximum member engagement. Reserve Your Spot Today!