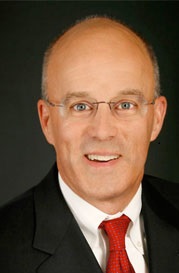 UnitedHealthcare has created and implemented effective bundled payments, including one program that lowered medical costs for breast, colon and lung cancer treatment by 34 percent. Its pilot program paid the five participating medical oncology groups an upfront payment to cover drug treatments for the cancers.

In partnership with those providers, UnitedHealth established more than 60 quality and cost measures to determine whether the bundled payment program was achieving its goals.

"We are able to reduce the cost of care while improving quality," Lee Newcomer, UnitedHealth's senior vice president of oncology, told FierceHealthPayer (pictured right), in an exclusive interview.

"That gives me a lot of hope because all of us are struggling with how [we can] afford healthcare."

To learn more about how UnitedHealth succeeded in improving care using bundled payments, FierceHealthPayer spoke with Newcomer about the insurer's bundled payment program.

FierceHealthPayer: How did you define each episode of your bundled payment program?

Lee Newcomer: We recruited five volunteer medical groups to work with us and those groups agreed that we would start a new approach to paying for breast, colon and lung cancer drug treatments. We then split those three cancers into 21 different episode categories. For example, a stage three colon cancer that was treated with surgery and found in the lymph glands would lead everyone to agree that the patient requires additional chemotherapy, but there might be a lot of disagreement about what kinds of chemotherapy to give.

Each group was allowed to pick its own treatment for each of the 21 episodes. We didn't have any input in that at all. Once they did that, we calculated what they would have made on profits for each of the regimens that they selected. That sum of money became the basis of our episode payments. And we paid it on the very first day that the group saw the patient.

From there forward, we just paid drugs at cost. As new drugs came out, the groups were allowed to use them, but they didn't make any more profit because they were using a newer, more expensive medication, as they would have in a fee-for-service program.

We drew a line at this point and said the money you used to make in drug profits is now an efficient care fee and the only way you increase that fee going forward is to get a better outcome by either having the patient live longer or reducing their total cost of care.

FHP: How do you quantify whether the bundled payments have been successful?

The answer was about $99 million, and what we actually paid was about $66 million. We saved 34 percent by using the episodes approach. More importantly, patients had far fewer hospitalizations, which means their symptoms were controlled better, they didn't have toxicity issues from treatment or cancer and the survival for lung cancer patients was exactly the same as fee-for-service.

We just don't have enough time to measure the same thing yet for breast and colon cancer patients, but it is being measured and we will follow that as well.

FHP: How did you choose the provider groups that participated in the program?

Newcomer: We started talking about four years ago, in public forums, about exploring new ways to pay oncologists and we had about two dozen groups come to us who expressed interest. The ones we picked all had a few things in common. They had very strong clinical and business leadership, and they were larger groups. I think the smallest group was around 20 physicians. And thirdly, they were in areas where UnitedHealth had a lot of membership.

Simplifying the Analysis of Operational and Clinical Data