Survey: IT outsourcing on the rise among health insurers 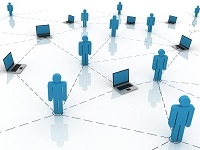 The healthcare payer IT outsourcing market is expected to grow more than 40 percent in the next two years, according to a new Black Book survey. That's because better software solutions have accelerated expenses faster than originally anticipated, and there has not been any corresponding increase in revenue for many health plans.

Still, less than 10 percent of health executives surveyed have considered solutions that lie outside of the U.S., because of "concerns over hostile offshore locations and escalating health data security and privacy issues." As recently as January, 75 percent of reporting health plans were cautious of major outsourcing initiatives, since data breaches such as the massive cyberattack that hit Anthem increased their fears of unsafe operations, according to the survey announcement.

"Recent data breaches in the health plan sector have IT outsourcing clients assessing confidence in their vendors' operations and procedures as a safeguard to ensuring member data privacy in an effort to avoid all that comes with a data breach," Doug Brown, managing partner of Black Book Research Group, said in the announcement.

Health plans are budgeting at least 20 percent increases in how much they spend on outsourcing in 2016 for certain service models and functions, including application support as well as desktop support and help desk support. Nearly 80 percent of larger health plans could turn to outsourced vendors for the latter in the next 12 months, the survey found.

To learn more:
- here is the survey announcement