Panel: ACA will not disappear should Supreme Court side with King v. Burwell plaintiffs 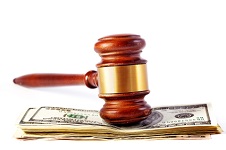 With less than two weeks until the Supreme Court hears the King v. Burwell case regarding the legality of federal subsidies, the healthcare insurance industry continues to speculate over its potential outcome.

The plaintiffs in the case focus on section 1311 of the Affordable Care Act, which said federal tax credits are available only on exchanges "established by the State."

While a ruling in favor of the plaintiffs would be "devastating," with an estimated 9.6 million Americans no longer eligible for subsidies, the ACA will continue to survive, suggested Tom Miller of the American Enterprise Institute.

Healthcare journalists in the District of Columbia gathered Wednesday for a briefing from industry experts on the upcoming court case. FierceHealthPayer attended the discussion.

Subsidies are at the heart of how the ACA operates. If the provision is found to be invalid, then the legal framework gets lost. However, the law's ambiguous wording leaves room for interpretation.

"This is a real and valid argument the plaintiffs are presenting," said Tom Goldstein of the SCOTUSblog. "But what we need to ask is, are there other places in the ACA that aren't as lucid?"

"Congress did not write the ACA wanting to disrupt the entire industry--and the country," noted Goldstein.

ACA would soldier on without subsidies

Should the high court rule in favor of the plaintiffs, Rand Corp's Christine Eibner said it's possible the industry may experience adverse selection. "Should subsidies disappear, sicker people will enter into the market, which will make premiums skyrocket," she said. "Then, healthy people will drop out, causing the market to be unstable."

The recurrence of adverse selection, also known as the "death spiral," may cause premiums to increase by 47 percent, noted Eibner. Provisions in the ACA aim to prevent this from happening. This includes the tax subsidies.

However, as Miller suggested, the ACA will not cease to exist. Other provisions in the healthcare reform law could fill the gap left by the elimination of subsidies. Both the individual mandate and employer mandate would still require individuals to get insurance, and employers to offer insurance. The market would have to overcompensate. It would be a burden, but it wouldn't be impossible.

There's also the potential for negotiation, Miller mentioned. If subsidies are, in fact, found to be legal, the Supreme Court could target other ACA provisions, such as the risk corridor program, in order to find some common ground.

The Supreme Court will hear King v. Burwell March 4, with a decision likely by June.