Health insurers are likely to face new competition from many different areas of the healthcare market. Rising competition just might come from hospitals looking to launch their own health plans, The Washington Post reported. 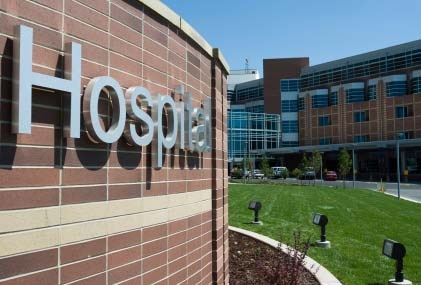 "These organizations believe that they're really good, can capitalize on their brand and get people to enroll in it," Paul Ginsburg, president of the Center for Studying Health System Change, told the Post. "They see a different way to capture these gains."

In fact, 28 percent of hospitals hope to launch their own insurance plan within the next five years, according to a June survey by Advisory Board. "Particularly for hospitals where the systems have a prominent name and prominent physicians working for them, this will be attractive to them," Ginsburg said.

Many hospitals are hoping to repeat the success found by University of Pittsburgh Medical Center, which launched its own health plan in the early 1990s and is now the nation's second-largest hospital-owned health plan.

"The biggest advantage for hospitals is that they can take all the premium dollars and invest them in the most logical ways, instead of getting paid for each claim by an insurer," says Seth Blackley, co-founder and president of Evolent Health, a health management services organization helping hospitals launch health plans. "If they do this well, they're going to stay viable and have a chance to deliver higher quality."

But establishing an entirely new form of business isn't easy, and many hospitals have failed in the attempt to become a one-stop shop of healthcare services and insurance payments. Inova Health Systems in Northern Virginia, for example, considered creating a health plan; instead, Inova partnered with Aetna to build a hospital-branded health plan, FierceHealthPayer previously reported.

And insurers certainly don't think hospitals are capable of establishing their own health plans. "I always pause when people start talking about doing something better that they've never done before," Karen Ignagni, president of America's Health Insurance Plans, told the Post. "There is a very significant regulatory structure and ... they need to make sure that they are able to offer an array of services and have an adequate network. How do you approach that in a provider-based system?"