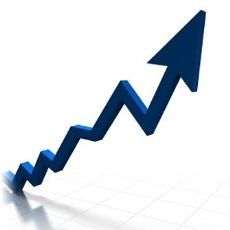 The all-you-can-eat model of supplemental Medigap plans increases Medicare's costs by encouraging more unnecessary tests and procedures, according to economists at the University of Texas and the University of Chicago, who examined the relationship between Medigap coverage and Medicare spending, Kaiser Health News reported.

The study by economists Marika Cabral and Neale Mahoney finds Medigap increases overall Medicare spending by $1,396 or 22.2 percent a year.

Moreover, places where Medigap is more prevalent saw increased utilization of Medicare services, according to the study. In particular, they found Medigap increases Medicare Part B physician claims by 33.7 percent and Part A hospital stays by 23.9 percent.

However, the report shows the association between Medigap and higher Medicare spending but not whether that spending was medically necessary, according to Bruce Vladeck, Ph.d, who ran the predecessor to the Centers for Medicare & Medicaid Services in the 1990s. "They can say nothing at all about whether that utilization is life-saving cancer care or discretionary back surgery," he told KHN.

But when looking at Part B events, the study suggests Medigap increased "discretionary" tests and procedures, such as X-rays, CT scans, and MRIs.

The report also cautions against adding a tax to Medigap. "Although taxing Medigap has received substantial attention, such a tax is a fairly blunt instrument for increasing Medicare's efficiency, and other policies may lead to even larger efficiency gains," the authors write.

With that in mind, they point to banning Medigap and re-designing Medicare coverage to include an annual out-of-pocket maximum as a way to offer beneficiaries risk protection while reducing excess Medicare utilization.

Similarly highlighting the Medigap-Medicare cost link, previous research from the Kaiser Family Foundation in 2011 suggested increasing co-payments and other out-of-pocket costs for Medigap plans could save the Medicare program as much as $4.6 billion a year, FierceHealthFinance previously reported.

To learn more:
- here's the KHN article
- check out the study (.pdf)