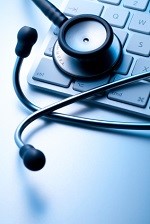 Medicare officials must work through the program's huge backlog of appeals claims, which is currently taking more than 500 days, senators said during a hearing on Medicare audits and appeals Tuesday.

One primary issue is that the number of appeals to Medicare has climbed dramatically--from 60,000 claims in 2011 to 654,000 in 2013--resulting in a 10-fold jump in just two years. Despite this large jump in appeals, there are still only 60 Medicare employees who handle appeals cases.

"It's no wonder that the appeals system is buckling under its own weight," Sen. Ron Wyden (D-Ore.) said at the hearing.

Another problem is Medicare's slow response time. In 2009, the insurer processed claims within 94 days, whereas it now takes an average of about 550 days to process the appeals. Medicare has such a large and constant influx of appeals that it can't even docket them for up to 24 weeks.

Additionally, a large proportion of claims that Medicare denies are reversed upon appeal. Of the 41,000 claims appeals filed in 2010, 60 percent were either partially or fully overturned.

"Such a high rate of reversals raises questions about how the initial decisions are being made and whether providers and beneficiaries are facing undue burdens on the front end," Sen. Orrin Hatch (R-Utah) said at the hearing.

But the Centers for Medicare & Medicaid Services recognizes the issues and is working on addressing them. "We definitely feel the urgency," Nancy Griswold, the chief law judge at the CMS Office of Medicare Hearings and Appeals, told the committee, according to The Hill. "We are keenly aware of the impact that these delays are having."

One potential solution could be implementing a refundable filing fee, which would prevent providers from appealing claims denials simply to game the system. "I think a filing fee would encourage appellants to take a closer look at what they are appealing," Griswold said.

Another step CMS could take is to let cases that aren't complicated or contested to be handled by a different set of hearing officers, Wyden said. Then those cases could be processed faster, leaving the more complex appeals to administrative law judges to handle.

Latest Commentary
Health insurers: With great power over data comes great responsibility
Employer-based health insurance: Should it stay or should it go?
In struggle over future of ACA exchanges, consumers caught in the middle
Questions about HHS transparency impede health reform progress
Amid Obamacare turmoil, payers and providers must mend fences and collaborate
END_OF_DOCUMENT_TOKEN_TO_BE_REPLACED