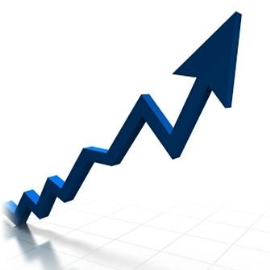 As insurers' stocks are hitting all-time highs, the nation's two largest insurers--UnitedHealth and Anthem--ended 2014 on a high note financially, with both reporting better-than-expected earnings for the fourth quarter last year.

UnitedHealth, which released its fourth quarter earnings report last week, said it enrolled more than 400,000 new members through the health insurance exchanges last year. The insurer increased its exchange presence by selling plans in 23 different marketplaces; it intends to continue expanding its exchange business next year as well.

"Our footprint in the Medicaid market continues to grow, now reaching states where nearly 60 percent of the Medicaid community reside," UnitedHealth CEO Stephen Hemsley said during a conference call with investors, according to the Minneapolis Star Tribune. "We expect to continue this pattern of broad-based growth in 2015, with revenues expected to grow 15 to 17 percent this year."

Meanwhile, Anthem, formerly known as WellPoint, said it enrolled more than 1.8 million new members across all business lines last year. Of that total, more than 800,000 members were enrolled through Anthem's plans that contract with various states to administer their Medicaid programs, according to its fourth quarter earnings report.

Because of its success with Medicaid, Anthem CEO Joe Swedish told investors that the company is beefing up investments in states where it already offers Medicaid plans, Forbes reported.

Anthem also reported that it expects a 2 percent growth in all markets this year.