Shares of both insurers targeted for acquisition are trading much lower than proposed purchase prices
December 7, 2015 | By Leslie Small
Share 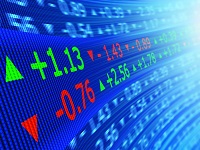 Though Anthem and Cigna's shareholders approved their pending merger Friday, many other investors are betting against the deal's completion, according to the Indianapolis Business Journal.

In fact, Cigna's shares were trading at just $139.17 as of Monday morning, or more than $48 below the $188 per share price tag for Anthem's acquisition of the insurer. That represents a sizable arbitrage spread, the article notes--and the same can be said for the Aetna-Humana merger. Though Aetna will pay $230 per share for Humana, the latter was trading at just $170.50 Monday morning. Aetna and Humana's respective shareholders also have approved their deal.

Though mergers with hefty regulatory risks do tend to have larger spreads, as noted in a 2012 study, the Aetna-Humana and Anthem-Cigna deals have even larger gaps than the recently failed merger between Comcast and Time Warner, the article points out.

Indeed, one reason for such large spreads with the insurer mergers is that investors are worried federal regulators won't approve the two mega-deals, Ana Gupte, a health insurance analyst at Leerink Swan, tells the publication. This could be a valid concern, as Assistant Attorney General William Baer, who leads the Antitrust Division of the Department of Justice, said during a Yale Law School conference in November that "it's not at all clear that consumers win when a merger is justified solely on creating negotiating power."

Provider groups and a newly formed consumer coalition have lobbied hard against the mergers, even as the CEOs of Anthem and Aetna have defended the deals during congressional hearings. The insurers also have hired high-powered lobbyists to plead their case.

Gupte also says it's possible that insurance commissioners in states where the merging insurers operate could make demands of the companies that ultimately could push them to cancel the deals altogether, according to the article. The effects of market concentration as a result of the deals will vary by state, according to a recent analysis from Leerink Partners.