HHS: Consumers who shop around save money 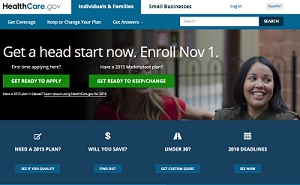 Consumers who shopped around for their health plans in 2015 via the federal health insurance marketplace saved, on average, about $33 after tax credits per month, or $400 annually, according to a new report from the Department of Health and Human Services. Even though this number seems optimistic on the surface, taking a deeper look reveals that the savings aren't as impressive as they sound.

HHS Secretary Sylvia M. Burwell announced the report findings with the message that shopping around for insurance, like in retail, benefits consumers. "Our message to returning marketplace customers is simple: Shopping may save you money," Burwell said. "Consumers who visited Healthcare.gov last year to comparison shop for the best plan saved almost $400 a year in premiums for the same level of coverage--and we expect people to be able to find similar deals for 2016."

But, with the average ACA premium increasing by 7.5 percent in 2016, the $33 per month savings isn't as impressive as HHS wants consumers to think. In 2015, the average premium cost for a silver plan after tax credits was $146 per month, so with the added 7.5 percent increase, that would make the average post-tax premium $157 per month in 2016, making $33 savings a bit closer to only about $20.

And when looking at specific states like Oklahoma, where the average 2016 premium increase is 35.7 percent, $33 in savings only makes up about half the difference of the increase.

The report also states that about one-third of people with plans in 2014 switched to new plans in 2015, which is higher than people switching within employer-based insurance plans, and if all enrollees shopped around and took advantage of the seemingly small savings, approximately $4 billion would be saved in total.