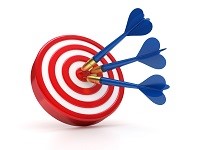 Consumers who have signed up for a plan sold on a health insurance exchange are more satisfied with their coverage than consumers enrolled in employer-sponsored plans, according to a new survey from consumer research firm J.D. Power.

The 3,000 consumers surveyed for the report rated their satisfaction with exchange plans as 696 out of 1,000, whereas satisfaction for employer-based plans had a 679-point rating. The highest satisfaction rates were for plans sold on exchanges in Pennsylvania, Illinois and Georgia.

New enrollees gave their experience with exchange plans a 670-point rating. This was 55 points higher than last year--back when the exchanges were plagued by website snafus and glitches.

The Department of Health and Human Services has undergone new leadership and prioritized a smoother customer experience, which has been successful based on this survey. Meanwhile, public approval of the Affordable Care Act is at its highest level since 2012.

Despite widespread criticism and actions taken to block narrow networks last year, including a lawsuit against Cigna and Blue Shield of California, insurers have consistently argued that consumers would rather have fewer provider choices in return for lower costs.

This year, almost 50 percent of all exchange plans have narrow networks, and almost 20 percent are considered "ultra-narrow networks," FierceHealthPayer previously reported. Studies have shown that narrow networks can help lower healthcare costs by reducing patient spending by as much as a third.