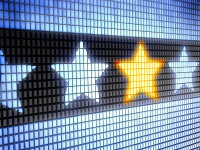 Federal regulators have revised their policy for automatically reducing star ratings for Medicare Advantage and Part D plans operating under immediate sanctions, a decision that will benefit health plans that have been hit by enforcement actions.

Previously, the Centers for Medicare & Medicaid Services (CMS) automatically reduced the five-star ratings of plans facing immediate sanctions to 2.5 stars, or would reduce a plan's ratings by one star if its rating was already 2.5 or lower, the agency notes in a memo published this week.

But when it announced this policy for 2012 star ratings, relatively few plans had ratings of four or higher, CMS says. Now, 49 percent of Medicare Advantage and Part D contracts have four stars or higher, representing nearly 71 percent of enrollees in those plans.

Given this shift, industry stakeholders were concerned that CMS' policy subjected high-rated policies to a more severe penalty than their low-rated counterparts, CMS says. Agreeing that it "should reassess the impact of intermediate sanctions on the calculation of star ratings," CMS says that it will suspend its former policy, effective immediately, and propose a new approach in its draft 2018 call letter.

The shift in policy is sure to be welcome news for Cigna, which was banned in January from selling or marketing new Medicare products for what CMS called "substantial failures" in its administration of Medicare Advantage and Part D plans. CMS also issued an "immediate suspension of enrollment and marketing" sanction against Ultimate Health Plans Inc. in January, and the agency is increasing its use of civil monetary penalties to fine plans that violate Part C and Part D regulations.

Consumers flock to plans with higher star ratings, meaning considerable market share is on the line for insurers based on how they are rated by the federal government. Star ratings are also tied to millions of dollars in government incentives, which has encouraged insurers to invest heavily in quality initiatives to boost their ratings.

To learn more:
- here's the memo

Latest Commentary
Health insurers: With great power over data comes great responsibility
Employer-based health insurance: Should it stay or should it go?
In struggle over future of ACA exchanges, consumers caught in the middle
Questions about HHS transparency impede health reform progress
Amid Obamacare turmoil, payers and providers must mend fences and collaborate
END_OF_DOCUMENT_TOKEN_TO_BE_REPLACED