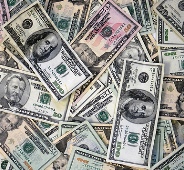 Salary, bonuses and other compensation for the CEOs of 35 Blues plans totaled about $93 million in 2011--$40 million of which were bonuses, according to AIS Health.

For example, David Klein, the retiring CEO of Excellus Blue Cross Blue Shield, received a total compensation package in 2011 that was 173 percent larger than 2010. And Health Care Service Corporation CEO Patricia Hemingway Hall earned $12.8 million in total compensation in 2011, a 60 percent increase from the previous year. While her annual salary rose by a little more than $6,000, her bonus due soared by more than $4.8 million from 2010.

Meanwhile, Mark Ganz, CEO of Cambia Health Solutions, who heads Regence Blues plans in two of the four states where the company operates, made $1.5 million. Insurance departments in Utah and Idaho do not disclose compensation data for health plan executives, AIS Health noted.

Receiving the lowest pay package was Richard Schum, Jr., the CEO of Wyoming Blue Cross Blue Shield. He earned $288,197 in total compensation, including a $58,470 bonus, for his few months' work as CEO in 2011.

Despite these big payouts, however, Blues CEOs earn considerably less than their for-profit counterparts at companies like Cigna and Humana.