4.4 percent of Americans don't receive medical care because of cost 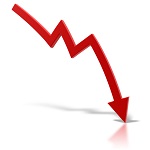 Only 4.4 percent of Americans say they skipped necessary medical care due to cost-related issues in the past year, according to new data from the Centers for Disease Control and Prevention's (CDC) National Center for Health Statistics.

For both men and women younger than 18, 1.2 percent failed to obtain medical care because of financial reasons; 6.1 percent of those ages 18-64 went without care; and 2.4 percent of those older than 65 did not receive proper care due to cost concerns.

The report backs up recent findings that 1 in 4 individuals with non-group healthcare coverage did not receive needed care because it cost too much; out of adults with deductibles of $1,500 or more per person in 2014, nearly 30 percent went without needed care because they couldn't afford it, FierceHealthPayer previously reported.

And while the Affordable Care Act has helped lower the uninsured rate to 9.2 percent, according to the CDC data--which is lower than its previous estimate of 11.5 percent--the law fails to address to problem of underinsured consumers with substantial out-of-pocket costs. Often, the problem is not deductibles, but rather, the high cost of medical care itself.